Sharing natural resources in disputed West Philippine Sea is not a big problem as the Philippines is willing to share it with China regardless if it wins a legal challenge next week, Foreign Secretary Perfecto Yasay said during a media interview in Malacañang on Friday.

Yasay said China and the Philippines had agreed not to make any “provocative statements” following the release of the ruling on Tuesday, July 12, 2016.

With regard to exploration of both nations, Yasay said. “we can even have the objective of looking o how both nations can jointly explore this territory. How we can use and commonly benefits from the utilisation of the resources in this exclusive economic zone where claims are overlapping.”

“It’s my understanding that in the long course of history, Scarborough Shoal has been the traditional fishing grounds not only for Filipinos but also for Vietnamese, Chinese. We can continue with this arrangement,” he said.

“The resources there are God-given for all and for everyone to enjoy. We can work at a joint benefit in so far as using the marine resources in the area.”

“I think it would be in the pursuit of our national interest to do that and that will be a big step forward if everyone can agree on proceeding on that basis,” Yasay said.

Yasay, however, reiterated that the Philippines would not concede any of its rights in the sea.

But he said the issue of sovereignty would not be solved for many years, describing it as a “generational issue”, and in the meantime, that rival claimant must work cooperatively.

Yasay said that President Rodrigo Duterte’s plan after the ruling was released is that the Philippines would study it closely, discuss it with allies, and then seek to launch talks with China “as soon as possible”. - J.C.E. 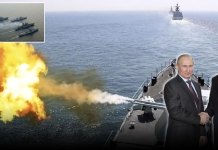