President Rodrigo Duterte’s desire to strengthen the country’s defense capability, the president on Sunday said that China has expressed its willingness to provide the Philippines with high-powered firearms on a grant basis payable in 25 years.

“That is practically giving,” I already talked it with Defense Secretary Delfin Lorenzana to send men to get the arms, Duterte said.

However, the President, did not immediately disclose specifics of the firearms deal, including the amount and the number of firearms involved. - JCE 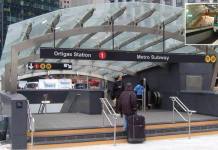