Railway systems in Luzon and in Mindanao will be the “first big project” being considered by the incoming President Rodrigo Duterte.

In a press briefing in Davao City on Saturday evening, Duterte told journalists that the details of the railway project have not yet been drawn up.

According to President Duterte, since the country lacks national budget in the construction of the railway system project, it should need the involvement of other nations.

The journalist asked President Duterte when proceeded on the railway project, what particular nation he had in mind to do the construction? He said, “Maybe China”.

If all the railway train system completed, it will connect Manila-Nueva Vizcaya in Central Luzon, Manila-Sorsogon, Manila-Batangas and for the whole of Mindanao, President Duterte said. - Carl E. 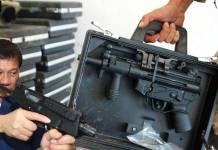 Japanese warships arrived in PH for a goodwill visit prior to...

A South Korean firm to start building 2 brand-new frigate for...