The Philippines comprises more than 7,100 islands, therefore, the country needs warships that can monitor and guard the entire archipelago. A navy frigate that is capable of defending against any foreign aggression and equally effective in the littorals as well as in the deep oceans.

Last week the Department of National Defense (DND) already awarded  the construction of two hi-tech missile-firing frigate for the Philippine Navy not to mention that the Garden Reach Shipbuilders & Engineers Ltd. of India offered the lowest bid, but because Indian frigate the “Kamorta class” is an anti-submarine hunter and fully equipped with advanced, sophisticated features.

The “Kamorta class” has been designed for the sole purpose of hunting submarines. It has a displacement of 3400 tons, a length of 109 m and a beam of 13 m. These dimensions are comparable to that of a frigate as the Kamorta has been designed for blue water ops as well. The “Kamorta class” is touted by the Indian Navy as having over 90% indigenous content. The steel and composites which have been used in construction are indigenously made along with a majority of the weapons and sensors. It is powered by 4 Pielstick diesel engines generating 3888 kW each, which drive 2 controllable pitch propellers via the gearboxes. Each ship has a crew of 150 sailors and 15 officers and a very ergonomic design which focuses on crew comfort.

It has the following advanced design features which make it a suitable platform for submarine hunting.

You can see from this that special emphasis has been laid on reducing the acoustic signature of the ship as much as possible. This is very important while it is searching for hostile submarines. The “Kamorta class” needs to detect the submarines and engage them before it itself is detected and engaged.

The”Kamorta class” is operationally deployed with an indigenously developed primary radar from India. The Revathi is a 3D radar operating in the S-band. It is a multi-role radar and is used for both surface and air search up to a distance of 200 km. It is designated as the Central Acquisition radar (CAR) as it is used to acquire aerial and surface targets before the fire control radar can direct the gunfire towards them. It will also act as a radar for the VL-Mica surface to air missiles. This missile doesn’t need a fire control radar as it has an active radar seeker in its nose which finds and locks onto targets on its own.

They have an indigenous bow mounted sonar and an Atlas Elektronik towed array sonar. The bow sonar is the primary underwater sensor and the VLF towed array is used to detect submarines hiding under thermoclines in the water. The sonar gives targeting data for the ASW rocket launcher. The embarked helicopter will have its own dunking sonar and drop sonobuoys as well.

The weapons suite  comprises of a collection of systems to attack submarines and defend itself. The following weapons are present on the “Kamorta class”.

2 x RBU-6000 ASW rocket launchers designated as IRL (Indigenous Rocket Launchers). Each launcher is 12 barreled and has a reload of 96 rockets under the deck. They are retained because of their hardkill ability and immunity against countermeasures. These rockets have a range of 4500 m and a shaped charge warhead which can be set to explode at a particular depth. It can punch a hole in the hull of a submarine or be used to defend against an incoming torpedo. The rocket, after it is fired, reaches the required location and falls in the water where it sinks until it reaches its target. Usually, 24 rockets with various warheads are ripple fired against the incoming target to achieve maximum kill rate.

2 x Ak 630 Gatling guns are placed above the helicopter hangar. They are the Close in Weapons System (CIWS) and are used for last-ditch defense against anti-ship missiles. This 30 mm 6-barreled gun has a rate of fire of 5000 rounds per minute and can be used to engage aerial targets at a range of 3 km and surface targets at 4 km.

533 mm torpedo tubes for launching heavyweight torpedoes. These have a maximum engagement range of around 20 km. They were designed to sink deep-diving nuclear-powered submarines and high-performance surface ships.

Space left for the installation of 16/32 VL-Mica Surface to Air Missiles. They will be procured under the category of SR-SAM. 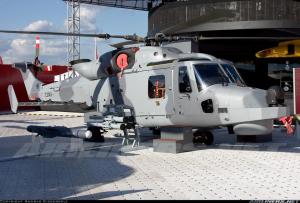 1 helicopter hangar for housing an ASW helicopter. The AW-159 Lynx Wildcat of Agusta Westland will be embarked on it in the future after the Philippine Navy receives it. This will be an extremely vital weapon system as the helicopter can engage submarines several hundred kilometers from the ship.

THE “KAMORTA” IS NOT UNDER-ARMED, BUT OVER-SIZED

There is a widespread misconception that the “Kamorta class” is poorly armed for a 3400-ton ship. But it is very wrong to look at things like that at face value without understanding the logic and naval doctrine for behind them. The Philippine Navy needed a ship which has the armament of a 1200 ton corvette and the endurance of a 3400-ton frigate. Basically, it is not under-armed, but over-sized. It has a Surface to Air Missile package consisting of 16-32 VL-Mica missiles which have a range of 15 km and an active seeker. This missile can intercept sea-skimming and supersonic cruise missiles and protect the “Kamorta class” from submarine-launched cruise missiles. 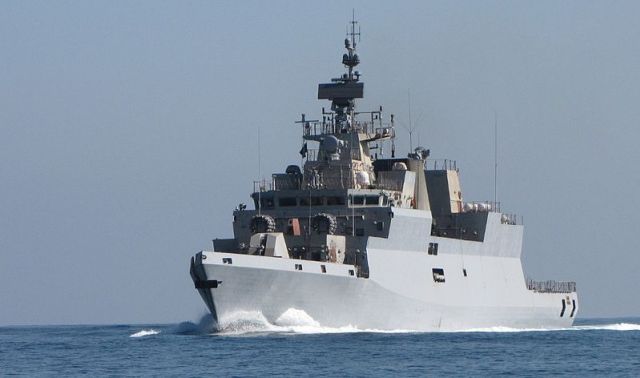 The main role of these ships will be to hunt the quiet submarines underwater fleet like Chinese submarines which have been venturing into the West Philippine sea. There is no official information available regarding how the “Kamorta class” will be used in combat. That’s why I have presented the following ideas about what these ships will do during war and peace.

In this role, it can accompany the new Philippine Navy’s Strategic Sealift vessel and be integrated into the Philippine Navy fleet battle group. (PNFBG) It could be used as the initial detection screen where it sails 50 km ahead of the PNFBG and searches for submarines waiting to ambush the Philippine Navy fleet. It can be paired with friendly submarines and ASW aircraft like the incoming AW-159 Lynx Wildcat of Agusta Westland submarine hunter helicopter to offer superior protection to the fleet.

In this role, it will basically accompany the Philippine Navy cutter, the Jacinto class corvette and other classes of missile boats which serve in the Philippine Navy during operations in shallow water. These missile boats lack any sort of ASW capability and will be totally dependent on the Kamorta’s for protection. A similar combination was used successfully by the Indian Navy in the 1971 war.

In this role, they basically accompany a major surface combatant like Philippine Navy Strategic Sealift vessel or the Navy Cutter. Here, the “Kamorta class” will act as a mini frigate with the same ASW capabilities as the larger ship. Hence, larger ships can be saved for more important tasks.

It can be used in peace and war to trail hostile submarines and destroy them if needed. These ships will be networked with ASW aircraft for more efficient tracking and detection of submarines.

The Philippine Navy “Kamorta class” are future proof and will remain as front line warships for several decades. These ships will be vital for patrolling Philippine sovereign territory as well as the West Philippine Sea and International waters and keeping shipping lanes free from hostile submarines. Constant upgrades in the future will keep them in top fighting condition and will give headache to hostile submarines. - Jason E. State-run newspaper: China should prepare for an armed confrontation in the South China Sea