A United States aircraft carrier John C. Stennis in the Western Pacific has been shadowed by a Chinese spy ship on Wednesday, the carrierâ€™s commander said, while doing aÂ combined United States, Japan, and India naval war drills exercise in the waters of Japan, which also Beijing considers it as its own territory.

“There is a Chinese vessel about seven to ten miles away,” Captain Gregory C. Huffman, commander of the Stennis, told reporters aboard the carrier after it recovered its F-18 jet fighters taking part in the exercise. The Chinese ship had followed the U.S. vessel from the South China Sea, he added.

As the U.S., Japan and India show its naval capability doing maritime drill exercise, Both worry that China is developing its impact in the Western Pacific with submarines and surface vessels as it pushesÂ territorial claims in the neighboring South China Sea, as well as creating and expanding artificial islands in the Philippines Exclusive Economic Zone (EEZ).

Meanwhile, Beijing has been angered, for themÂ what itÂ sees is unacceptable and considers a provocative U.S. military patrol that disregard Chinaâ€™s sovereign territorial rights in conducting a freedom of navigation near the artificial island. - Carl E.

Philippinesâ€™ latest naval ship from Indonesia caught on a collision

Japan to award military support to the Philippines for its naval... 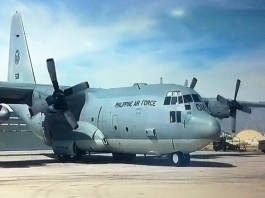 Additional military aircraft from US are expected to arrive within this...