The Mars One project aims to get people on Mars by 2024, where they will establish a colony – essentially, a one-way ticket to Earth’s neighbor.

Now Mars One has just released the names of the 100 finalists which include two female Filipinos who have a chance to be sent to the Red Planet. The Dutch non-profit group plans to start sending the first humans to Mars in 2024, and another set every two years to complete 24 individuals.

Two Filipina may soon be among the first humans to set foot on Mars, after being chosen from a field of more than 200,000 candidates.

Minerva Rañeses and Jaymee del Rosario, were among the Mars 100 Round Three candidates who will now face further challenges to see if they can live on Mars.

Minerva Rañeses, who described herself in the Mars One website as “an intellectual wanderer,” is a graduate of St. Scholastica’s College in Manila. She said she is a freelance writer.

Rañeses said in her profile, she had hesitations at first but was quick to say that she really wanted to be “part of history.”

“Of course, this is a one-way trip so I had to know if I’m ready to leave everything behind, and I don’t decide based on monetary or materialistic returns, but on the experience I will garner,” she said in the interview.

“I just thought it would be my descendants, my children, my great grandchildren who will do the exploring. I just never thought that I would have the opportunity to do this, and if she would be chosen to be part of the mission, she would bring with her a pen and paper, and a family picture. “I really want to bring a nice family picture from when I was young. Something candid. Something to hold,” she said.

“I never thought I’d live to see the day that humans will begin to explore in a way that Columbus did back in the time,” she added.

Christopher Columbus is the famous Italian explorer also known as the “man who discovered America.”

Jaymee Del Rosario in her profile at the Mars One website, is a 27-year-old entrepreneur. The CEO and founder of International Metal Source –a company that distributes raw material metals and exotic alloys– said that she is willing to offer her life experience and skills to the project to  “achieve the goal for preserving humanity.”

Watch this video: Candidate Jaymee Del Rosario discusses Mars One project and space travel as she joins the antidote and the prospect of leaving Earth forever on a one-way ticket to the red planet. The motivations for man and woman to travel to Mars, possibility of resource mining, and becoming one of the first human colonizers of Mars.

Of the remaining aspirants, 39 are from America, 31 are from Europe, 16 from Asia, seven from Africa and seven from Australia. The oldest is 60.

For the next round, Mars One said that the selection will focus on challenges that will test the 100 finalists all the possible hardships of humans who live in Mars for the rest for their lives. The candidates will be divided into teams and will be required to demonstrate their ability to perform in a team.

Candidates who did not pass the previous selection process can still apply again in new application round that will start in 2015. Once they passed, these applicants will undergo rigid training for a possible replacement to the crew and teams that will be eliminated in the next round.

Mars One believes that with today’s technologies, human settlement in Mars is very much possible. The ability to send humans in Mars aims to inspire generations to believe that all things are possible. The first Mars voyage that will consist of four humans is estimated to cost $6 billion.

Obama lashed out by the Republicans, for going soft on China

BREAKING: Huge explosion has been reported at a chemical industrial park in China 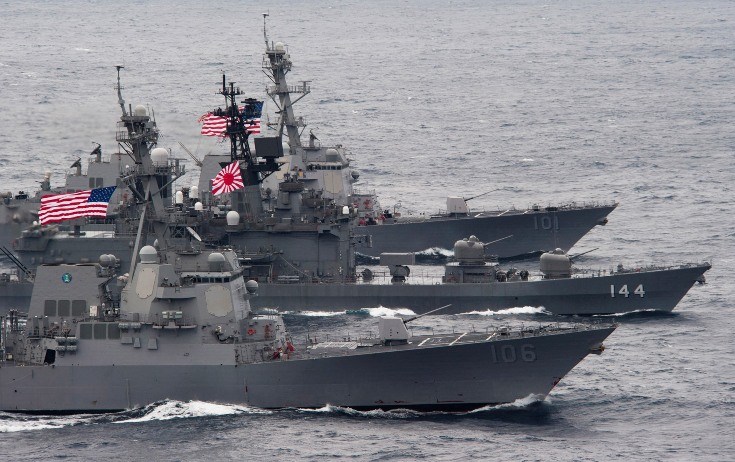 Pride Of Our Hero Soldier - Filipinos Are Worth Dying For!