Five local and foreign groups are showing early interest in a public-private partnership (PPP) of a massive railway project that would link Metro Manila and Legazpi City, Albay.

According to PPP center executive director Cossete Canilao, five groups have acquired the bid documents for the South Line of the North-South Commuter Railway (NSCR) that cost P171-billion, which said would be assign under the succeeding administration.

The project will have a total of 653 kilometers of railway lines which will be operational by the year 2020, based on the Department of Transportation and Communications’ (DOTC) original outlined schedule.

According to the DOTC there would be 7 trains doing 10 daily trips passing through 66 stations. The project is expected to accommodate 316,000 passengers a day on its opening year.

The private sector partner is expected to construct, design, install, finance, commission, maintain and operate the existing 56-km south line from Tutuban in Manila to Calamba City, Laguna which is also expected to the do the same for the 478-km long-haul rail operations from Tutuban to Legazpi City with the possible extension of 58 km spur lines from Calamba to Batangas and 117 km from Legazpi City to Matnog, Sorsogon, under the public-private partnership terms.

Among the local firms mentioned, San Miguel Corp. is the leading company building the Metro Rail Transit Line 7, that will link Manila to Bulacan while Metro Pacific and Ayala Corp. teamed up to win the Cavite expansion PPP and the Light Rail Transit Line 1 operations. -John Esconde 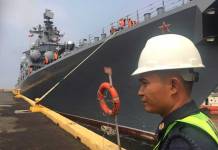