General Douglas MacArthur’s return in Leyte had no strong immediate response from the Japanese.  As this operation unfolds in the following days to come, the placid waters of the Philippines became a cauldron of burning ships and dead crewmen from both nations in the final fleet-to-fleet showdown of two of the greatest navies of the world in World War II, the United States America and the Empire of Japan.

Did this World War II end in the Pacific when the atom bomb was dropped?  Or was it the Battle of Midway that inflicted the mortal blow to the Imperial Japanese Navy?  Did the surrender of Gen. Yamashita close out the war? For the Philippines and the rest of Asia, the Battle of Leyte Gulf was the battle that brought the mighty empire of Japan to its knees.  With the Philippines cut off and all the sea-lanes blocked, and Japan’s access to the rich oil fields of Brunei and other natural resources in the south shut - she was doomed.  The Philippines central geographic position was vital to her war effort. The once mighty remnants of Yamamoto’s Combined “Kido Butai” Fleet had to make its final stand in Leyte.

The epic battle that followed did not start in the Palawan Passage as most historians recalled. The battle plan was very complex and confusing even for the admirals involved.  The task forces went through Palawan, then through the Sibuyan Sea, then in the Bohol Sea, Surigao Strait, and then up in Cape Engaño and finally on to the Samar-Leyte corridor - this is collectively known as the Battle of Leyte Gulf.  There were several U.S. fleets(the 3rd& 7th fleet) that were stacked up against Japan’s Center, Southern and Northern task forces. The first blood was spilled when the USS cruiser Honolulu which had been firing her six-inch batteries on enemy positions on Leyte was hit on October 20th, at 4:00pm. A lone land-based Japanese torpedo bomber fired a single airborne version of the Long Lance torpedo and hit the Honolulu. The Japanese thought this was MacArthur’s ship and announced it to be so. The USS Nashville nearby (MacArthur’s flagship) was its sister ship - they looked identical from the air! Seventy U.S. sailors perished.

As the Center force enters the Sibuyan Sea on October 24, 1944, the great Musashi and Yamato seemed like magnets, attracting a great deal of attention from the U.S. flyers.  Both ships’thick armor was capable of absorbing tremendous punishment.  The Musashi received the bulk of the American planes.  By late afternoon the ship had been hit by 14 torpedoes and 19 bombs.  Her speed reduced and down by the bows, Kurita ordered the ship beached.Then the final U.S. attack came before the order could be carried out.  Three more torpedoes ploughed into her side and the mighty Musashi plunged to the dark abyss of the Sibuyan Sea, taking more than a thousand of her crew.

The Northern force steaming down near Cape Engaño (off the province of Cagayan) with its force of one carrier and 3 hybrid carriers (unbeknownst to the US’ 3rd fleet these carriers were near empty) was suddenly detected and now being chased by the 3rd fleet,in doing so, it left the San Bernardino Strait unguarded.  It was a ruse. The Center force though missing the mighty Musashi now is still a formidable force. In Surigao further south, it was the Southern force turn to attack. Originally, designed to link up with the Center force in Leyte for a one-two punch; however, as it closed in it was nearly annihilated by the 3rd fleet in a one-sided night naval gun-fight. But, in the early morning of the 25th, Adm. Kurita of the Center force could not believe his eyes; the coast of Samar was wide open.  Someone even left the navigational lights on to guide his fleet the night before through the narrow, approximately 20 KM wide, San Bernardino Strait. This is Bicol’s gateway to the Visayas, a homerun to MacArthur’s Leyte beachhead. But he had no idea what U.S. forces were in the vicinity, was it the powerful 3rd fleet, the 7th fleet or just their escorts?

But Kurita’s Center force closed in on the northernmost U.S. ships,the Taffy 3.  The fox now masquerading as Kurita was in the hen house but he had no idea that he’s the fox and ordered a “general attack” as opposed to a coordinated attack. The Japanese shells came out with colored dyes, allowing each gunner to spot them as they hit.  A navy man yelled, “We’re being killed in Technicolor!” USS White Plains was badly hit, then USS Johnston, USS Hoel, USS Samuel B. Roberts. Planes from Taffy 3 and 2 kept constant pressure on the Japanese fleet.  The cruiser Suzuya took a bomb hit.  The carrier USS Gambier Bay was hit repeatedly, USS Kitkun Bay and the USS Fanshaw Bay came under fire when incredibly, Kurita broke off the action and reversed course, a divine intervention perhaps? Someone on the U.S. side must have been praying really hard that day.

After the war, declassified documents revealed by the U.S. intelligence calculated that in Samar had Kurita waited for 5 more minutes, we would have found the rest of the U.S. task forces in the vicinity, and a mere 5 more minutes would have put MacArthur’s Leyte anchorage in great jeopardy.

Someone asked, would Kurita have been more aggressive with his powerful flagship the super-battleship Musashi in Samar? After all, the super-battleship Musashi and his men made the ultimate sacrifice. It took the full brunt of U.S.airmen’s attack in the battle of Sibuyan Sea. In doing so,it spared many souls from its own battle group.  Of the original 27 ships, she was the only one that sank but every other ship in Kurita’s Center force remained battle-worthy and was able to advance. The legacy of Musashi is just beginning and still unfinished as Paul Allen; his American team seeks permission from the Philippines’ National Museum, and from the government of Japan who owns the shipon what to do about it next. 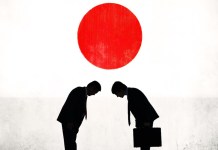 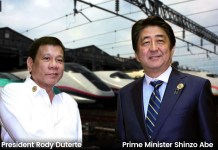