MANILA — A suspension of LRT-2 operation was immediately announced after a power transformer caught fire between Anonas and Katipunan stations.

Cabrera said that it is unlikely to resume our operations for Katipunan and Santolan stations. Both stations located near several schools like the University of the Philippines, Ateneo de Manila University and Miriam College.

He also said no one is injured and the LRTA did not receive any report that the fire was intentional. 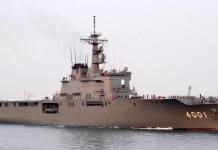 Breaking: Fire Breaks Out At LRT-2 In Quezon City

Bulacan Airport will also have an Express Train like in Hong...

What Are The Capabilities of Scorpene-Class Attack Submarine The Philippines will...