Retired undefeated boxing champion Floyd Mayweather Jr. was kinda surprised when he learned that his former boxing rival Manny “Pacman” Pacquiao will be returning to the boxing ring to fight the current WBO welterweight champion Jessie Vargas that is scheduled on November 5 this year. 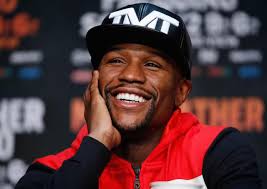 Upon hearing this, Mayweather Jr., with a smile, said that maybe Pacquiao’s only reason to take this fight is for the big amount of money that he will be getting after the bout. He also said that Pacquiao  probably made “poor decision-making” with his finances, and now needs to come back in the ring to receive a lot of cash.

Its been more than a year since Mayweather and Pacquiao had their highly anticipated fight in which Mayweather won. But both of them got a very large amount of cash from that so called “Fight of the Century”.

However, Senator Manny Pacquiao answered to his defense that money is not the reason for his return in the boxing ring, he is just continuing his passion which is boxing. And that he is very proud of giving honor to his country.

Pacquiao Lost to Mayweather in Boxing Marathon by Unanimous Decision

Mayweather Will Donate to Charity in the Philippines Because of God